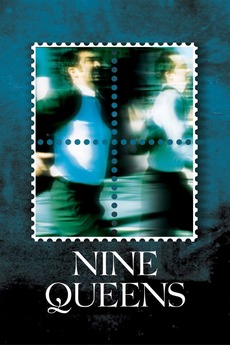 Two con artists try to swindle a stamp collector by selling him a sheet of counterfeit rare stamps (the "nine queens").