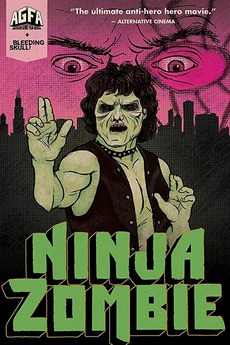 Assistant professor Orlan Sands is rescued from muggers by Spithrachne, the leader of an evil spider-themed cult. As payback, Orlan is asked to steal a magic urn discovered as an artifact in an archeological dig. Knowing he'll be killed if he refuses, he turns to his friend Jack Chase, a martial arts champion, for protection. Unfortunately, Jack is killed by Spithrachne, and his newly-engaged fiancee Maggie blames Orlan for Jack's death. But Orlan still needs protection, so he asks voodoo priest Brother Banjo for help, and help he gets...Jack, raised from the dead as a ninja corpse!