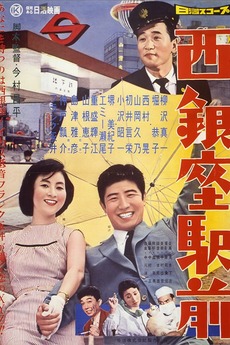 This short comedy concerns the extramarital affair of a drugstore owner. It is based on a popular song by the star of the film, Frank Nagai.

These are all films in the Japanese New Wave Filmography of David Desser's book Eros Plus Massacre: An Introduction to…

I love all of cinema, but I like Asian films the most. I wanted to make a list with all…