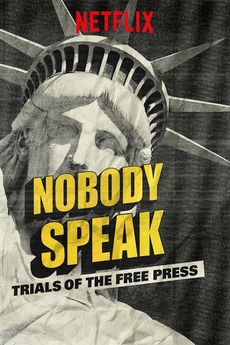 Nobody Speak: Trials of the Free Press
JustWatch

Nobody Speak: Trials of the Free Press

The power of money to silence a free press.

The courtroom and publicity battles between the superstar wrestler and the notorious website explode in a sensational trial all about the limits of the First Amendment and the new no holds barred nature of celebrity life in an internet dominated society.