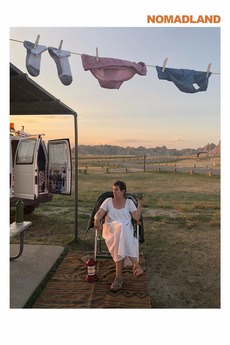 A woman in her sixties embarks on a journey through the American West after losing everything in the Great Recession, living as a van-dwelling modern-day nomad.

dialogue driven films characterized by long conversations between two characters sharing a moment together. bonus points if they're accompanied by…