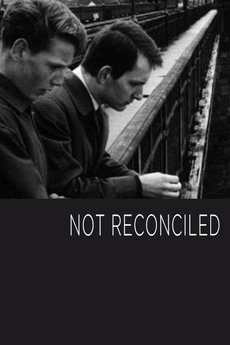 A story about the continuity and collapse of history, the power of suppression, and the terror of reconciliation; loyalty, treason and revenge. In a brave cinematic game, Heinrich Böll’s story Billiards at Half-Past Nine is split up into cracks, blocks, breaks and sudden turns, as the life story of a German family, covering numerous generations, is propelled forward.

Not Reconciled or Only Violence Helps Where Violence Rules