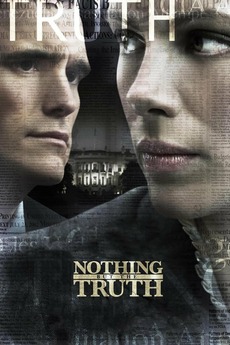 Nothing But the Truth
JustWatch

Nothing But the Truth

When reporter Rachel Armstrong writes a story that reveals the identity of a covert CIA operative, the government demands that Rachel reveal her source. She defies the special prosecutor and is thrown in jail. Meanwhile, her attorney, Albert Burnside argues her case all the way to the U.S. Supreme Court.