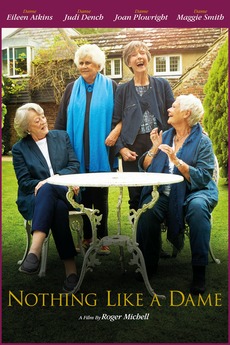 BBC Arena's documentary on the Dames of British Theatre and film featuring Maggie Smith, Elieen Atkins, Judi Dench and Joan Plowright on screen together for the first time as they reminisce over a long summer weekend in a house Joan once shared with Sir Laurence Olivier.

Tea with the Dames, Tea With The Dames