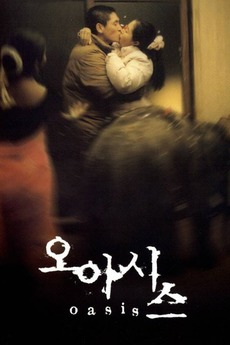 Oasis is a love story of two young people abandoned by families. A young man released from prison visits the widow of the man he killed drunk-driving. There he meets her daughter, wheelchair bound with cerebral palsy. Will these two lost people find a way to make their relationship work?