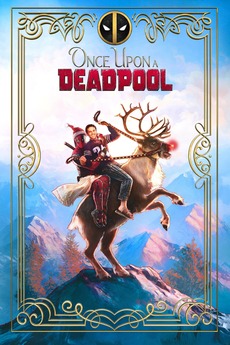 Once Upon a Deadpool
JustWatch

Once Upon a Deadpool

EVERY FILM ELIGIBLE FOR FANDOM FIGHTS 2021

Once a NEW movie becomes eligible it will be added to this list.

Films are not asked about once they…

X-Men is an American superhero film series based on the fictional superhero team of the same name, who originally appeared…

This list is constantly updated. Every time I watch a movie, I add it to the list, that's why it's…

I’ve been collecting for a few years now, I own a majority of these digitally. I have not seen each…

A dynamic list of films that have alternate versions. Suggestions are welcome and encouraged. Some information may be incomplete, inaccurate…

1. Foreign directors have made their mark in Hollywood too. Watch an action film directed by Paul…