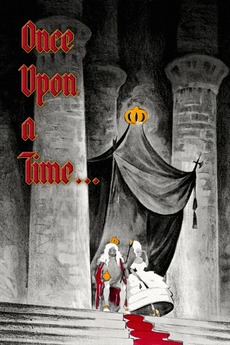 Once Upon a Time
JustWatch

Once Upon a Time

The Princess of Illyria has spurned every suitor, when a gypsy loitering around the castle catches her eye. In actuality, he is the Prince of Denmark, there with his friend Kasper Røghat. The prince captivates her with magic devices, a noisemaker and a copper kettle, in return for kisses and a night in her bedchamber. When Kasper Røghat tells the king about the “affair,” the princess is thrown out of the castle, forcing her to settle in Denmark with the prince and work as a poor potter. Will the fairytale have a happy ending?

Worst Picture for Each Year, According to Letterboxd Ratings

The absolute opposite of w0cks' wonderful list that can be found here: letterboxd.com/w0cks/list/best-picture-for-each-year-according-to-letterboxd/

film posters that are illustrated in anyway, whether drawn or painted, traditionally or digitally, i'll also include sculptures and miniatures…

A fun new project while we're all locked inside, listed in chronological order, added as they happen.