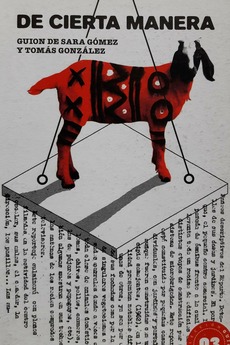 One Way or Another
JustWatch

One Way or Another

Quasi documentary about the creation of the Miraflores housing development after the Cuban revolution. In this first Cuban feature film made by an Afro-Cuban and by a woman, Sara Gómez uses innovative documentary and fictional techniques to focus on the marginales in the poorest, most underdeveloped areas of Cuba. Against a backdrop of dismantled slums and new housing construction, the relationship between a mulatta and a Black Cuban unfolds as a conflict between ingrown ideas of race, class and gender and a Revolution that is trying to dismantle the old, outmoded structures.