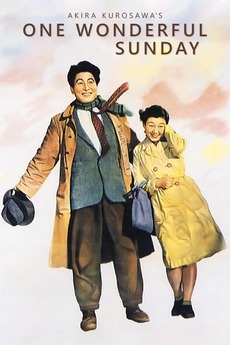 Yuzo and his fiancée Masako spend their Sunday afternoon together, trying to have a good time on just thirty-five yen. They manage to have many small adventures, especially because Masako's optimism and belief in dreams is able to lift Yuzo from his realistic despair.