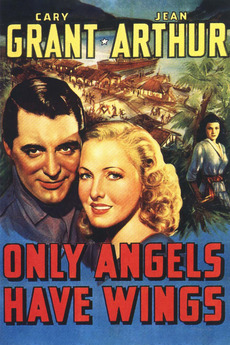 Only Angels Have Wings
JustWatch

BIG As The Fog-Shrouded Andes!

Geoff Carter is the head of a crumbling air freight service in desperate need of a replacement pilot. He is forced to hire a descredited aviator who arrives with his wife, Carter's ex-lover. Meanwhile, traveler Bonnie Lee tries to get close to the emotionally closed-off Carter.

S.O.S. Feuer an Bord, Paraíso Infernal, Flugpioniere in Not

A complete list of every film screened in the "Classic Film Series" by the Chicago Film Society, formerly known as…