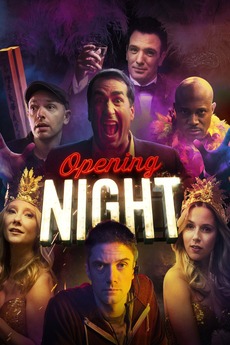 A failed Broadway singer who now works as a production manager must save opening night on his new production by wrangling his eccentric cast and crew.