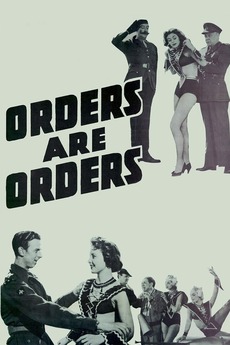 Movie company wants to shoot a science-fiction film using an Army barracks as location, and its soldiers as actors. Of course, the Commander doesn't like it a bit, and persuades the crew to use a nearby haunted house instead.

The Golden Era of British Comedy, after which the genre descended into a mixture of sex comedies and TV sitcom…