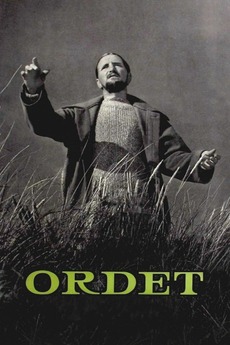 A Legend for Today

The three sons of devout Danish farmer Morten have widely disparate religious beliefs. Youngest son Anders shares his father's religion, but eldest son Mikkel has lost his faith, while middle child Johannes has become delusional and proclaims that he is Jesus Christ himself. When Mikkel's wife, Inger goes into a difficult childbirth, everyone's beliefs are put to the test.