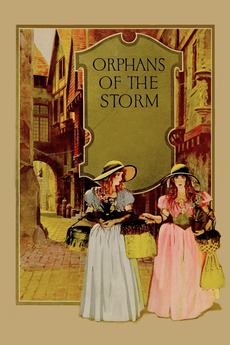 Orphans of the Storm
JustWatch

Orphans of the Storm

France, on the eve of the French Revolution. Henriette and Louise have been raised together as sisters. When the plague that takes their parents' lives causes Louise's blindness, they decide to travel to Paris in search of a cure, but they separate when a lustful aristocrat crosses their path.

According to an article from the Democrat and Chronicle (Rochester, New York) dated 24th August, 1930 (Page 47). i.imgur.com/pKbNGOp.png