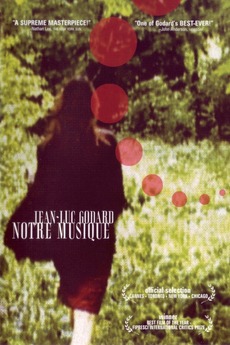 Jean-Luc Godard's poetic meditation on war, violence and defeat. The film is structured in three parts. The three segments are "Hell", "Purgatory", and "Heaven". The first segment is a montage of war images from documentary and fictional sources. The second concerns two young Jewish women attending a European arts conference in Sarajevo. The final segment concerns the after life.