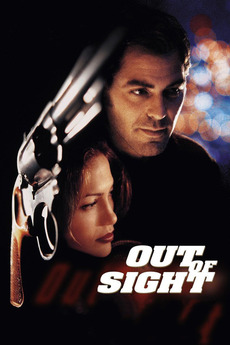 Out of Sight
JustWatch

Meet Jack Foley, a smooth criminal who bends the law and is determined to make one last heist. Karen Sisco is a federal marshal who chooses all the right moves … and all the wrong guys. Now they're willing to risk it all to find out if there's more between them than just the law.