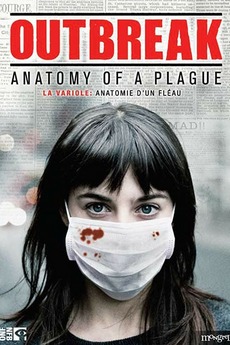 Outbreak: Anatomy of a Plague
JustWatch

Outbreak: Anatomy of a Plague

Patient Zero is a stewardess, stricken with what she thinks is chickenpox. She goes to ground in a Montreal hotel room. A few weeks later, she's back on the job, unaware of her role in an impending public health catastrophe. Pandemics have killed more people throughout history than all wars combined. They are unpredictable - and inevitable. Are we ready for the next big one? Outbreak: Anatomy of a Plague juxtaposes a 21st century scenario against the little-known story of the 1885 smallpox epidemic that devastated Montreal. Combining brisk narrative with rigorous research, it vividly evokes a modern city under siege, drawing eerie parallels with 1885. Confronted with social unrest, ethnic scapegoating and economic ruin, authorities struggle to maintain control - and to contain a deadly infection.

In Honor of recent events... Leaving off your basic Zombie film.