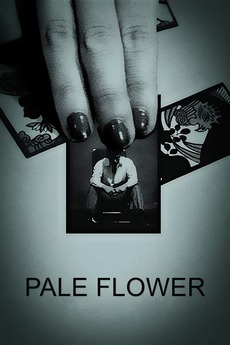 Muraki, a hardboiled Yakuza gangster, has just been released from prison after serving a sentence for murder. Revisiting his old gambling haunts, he meets Saeko, a striking young upper-class woman who is out seeking thrills, and whose presence adds spice to the staid masculine underworld rituals. Muraki becomes her mentor while simultaneously coping with the shifts of power that have affected the gangs while he was interred. When he notices a rogue, drug-addicted young punk hanging around the gambling dens, he realizes that Saeko's insatiable lust for intense pleasures may be leading her to self-destruction.

movies without a strong plot where it's mostly just characters wandering around, talking and living life. recommendations welcomed as always…

I’ve written a lot about noir over the years. All the way back in 2015, my first essay for Vulture…

These are just some examples of personal favorites, but honestly, this list could be endless!