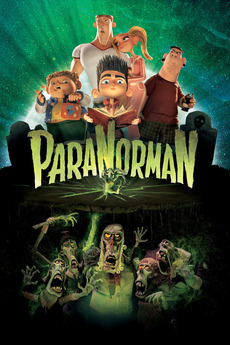 It's all fun and games until someone raises the dead.

In the town of Blithe Hollow, Norman Babcock can speak to the dead, but no one other than his eccentric new friend believes his ability is real. One day, Norman's eccentric uncle tells him of a ritual he must perform to protect the town from a curse cast by a witch centuries ago.

Every few weeks I get asked which films are good for an emerging horror fan. The answers vary depending on…

PUT YOUR FAVORITE MOVIE AND ILL RANK IT

Everyone put their fav movie And I’ll rank them all. I’m starting with Tarans: Spiderverse