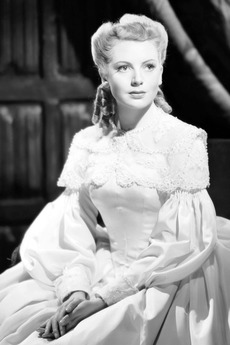 Penn of Pennsylvania is a 1941 British historical drama film directed by Lance Comfort and starring Deborah Kerr, Clifford Evans, Dennis Arundell, Henry Oscar, Herbet Lomas and Edward Rigby. The film depicts the life of the Quaker founder of Pennsylvania, William Penn. It portrays his struggle to be granted a colonial charter in London and attracting settlers to his new colony as well as his adoption a radical new approach with regard to the treatment of the Native Americans. It is also known by the alternative title Courageous Mr. Penn.

I clear out updated posters at the first of every month.