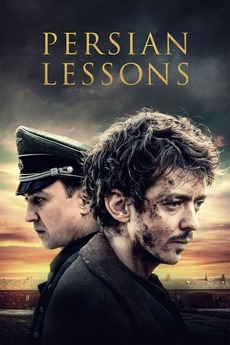 Occupied France, 1942. Gilles is arrested by SS soldiers alongside other Jews and sent to a camp in Germany. He narrowly avoids sudden execution by swearing to the guards that he is not Jewish, but Persian. This lie temporarily saves him, but Gilles gets assigned a life-or-death mission: to teach Farsi to Head of Camp Koch, who dreams of opening a restaurant in Iran once the war is over. Through an ingenious trick, Gilles manages to survive by inventing words of "Farsi" every day and teaching them to Koch.