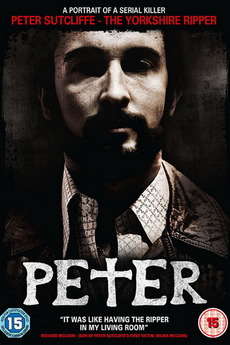 Portrait of a Serial Killer

Peter: A Study for a Portrait of a Serial Killer is a feature film that delivers uncompromising performances and rare, shocking archive to reveal for the first time ever the astonishing true story of The Yorkshire Ripper. Exploring his childhood, the sadistic murders of 13 women and his ongoing psychological treatment, the audience journey into the dark and twisted mind of Britain s most notorious serial killer. Psychiatrists say he is a dangerous paranoid schizophrenic, many think he is simply evil; this film challenges the audience to make up their own mind.

With Notes *Under Construction* Also see my lists: My Favorite Murder, You're In A Cult Call Your Dad, Cults -…

A loose-knit group of films encompassing folk horror, drama, the occult, grit and realism - united by their refusal to…