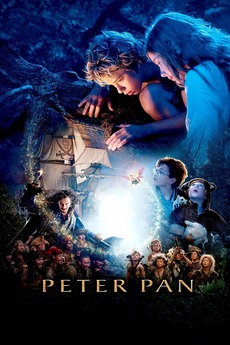 All children grow up except one.

In stifling Edwardian London, Wendy Darling mesmerizes her brothers every night with bedtime tales of swordplay, swashbuckling and the fearsome Captain Hook. But the children become the heroes of an even greater story, when Peter Pan flies into their nursery one night and leads them over moonlit rooftops through a galaxy of stars and to the lush jungles of Neverland.

movies in which an actor plays more than one role. voice acting not included

RARER THAN YOU THINK

films that are kind

***my kids will be teens or adults at the…