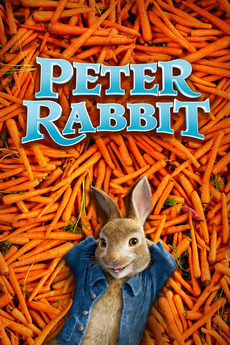 2018 Directed by Will Gluck

Who said the countryside was peaceful?

Peter Rabbit's feud with Mr. McGregor escalates to greater heights than ever before as they rival for the affections of the warm-hearted animal lover who lives next door.