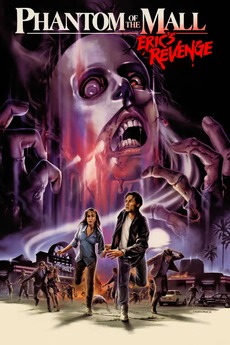 Phantom of the Mall: Eric's Revenge

Prices Aren't The Only Thing Being Slashed!

A young man named Eric apparently dies in a suspicious house fire after saving his girlfriend, Melody. One year later, a new mall is constructed atop where Eric's house once stood, where a shadowy, uninvited guest is preying on the mall's crooked developers.