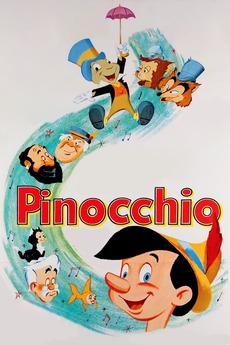 When you wish upon a star, your dreams come true.

Lonely toymaker Geppetto has his wishes answered when the Blue Fairy arrives to bring his wooden puppet Pinocchio to life. Before becoming a real boy, however, Pinocchio must prove he's worthy as he sets off on an adventure with his whistling sidekick and conscience, Jiminy Cricket.