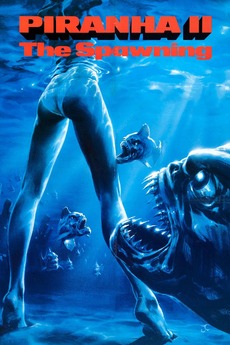 It started as a vacation...

A scuba diving instructor, her biochemist boyfriend, and her police chief ex-husband try to link a series of bizarre deaths to a mutant strain of piranha fish whose lair is a sunken freighter ship off a Caribbean island resort.