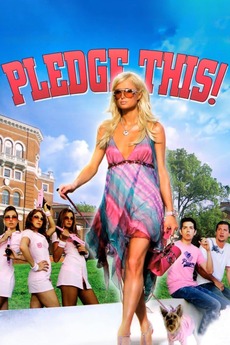 Pledging Has Never Been This Hilarious.

At popular South Beach University, filthy rich super-snob Victoria English is the absolute queen of leading Greek student club, Sigma Sigma. In order to achieve her crowning ambition, winning FHM Magazine's annual best sorority, she must recruit atypical 'Sigmies' to fulfill the diversity criteria. Ambitious sycophant pledge Kristen Haas helps her attract 'losers' (too poor, ugly, unfashionable), who are cruelly put through excruciating hazing, without intent to actually enroll them. Gloria, the brightest and most assertive pledge, wins the heart of Derek 'baby Dick', Victoria's ideal, yet constantly abused boyfriend, whose bitch-addiction is cured by this alternative lover. Together they lead the revolt of the not-even-nerds.