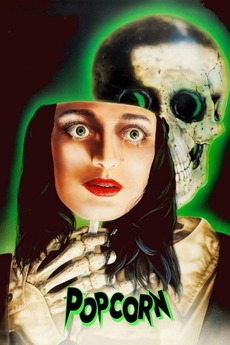 A horror film festival, held in a theater which was once the scene of a tragic fire, turns into a real life horror show.

Phantom of the Cinema, Skinner, Попкорн