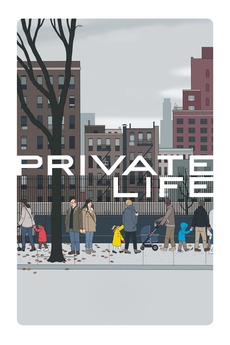 Richard and Rachel, a couple in the throes of infertility, try to maintain their marriage as they descend deeper and deeper into the insular world of assisted reproduction and domestic adoption.