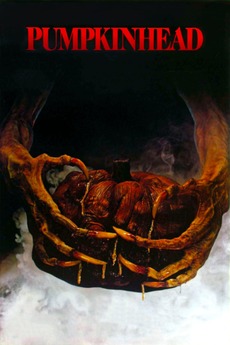 For each of man's evils a special demon exists...

A man conjures up a gigantic vengeance demon called Pumpkinhead to destroy the teenagers who accidentally killed his son.

In Search Of Darkness

List of all the movies covered in the 2019 documentary In Search Of Darkness: A Journey Into Iconic '80s Horror.