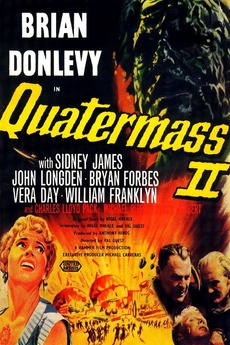 A horrible enemy from the unknown strikes terror across the earth!

In England, a group of space scientists, who have developed plans for the first Moon colony, learn that a secret, ostensibly government-run, complex of identical design has been built in a remote part of England and is the focus of periodic falls of small, hollow "meteorites" originating in outer space.