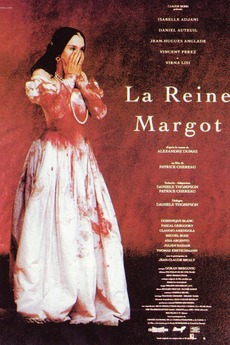 The night of August 24, 1572, is known as the Massacre of St. Bartholomew. In France a religious war is raging. In order to impose peace a forced wedding is arranged between Margot de Valois, sister of the immature Catholic King Charles IX, and the Hugenot King Henri of Navarre. Catherine of Medici maintains her behind-the-scenes power by ordering assaults, poisonings, and instigations to incest.