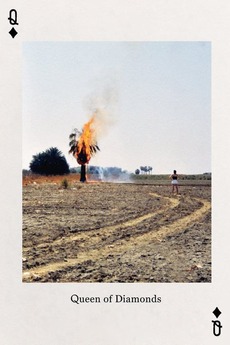 Set amid the glittering casino lights and deteriorating desert landscapes of the oasis city Las Vegas, QUEEN OF DIAMONDS revolves around the disaffected existence of of Firdaus (Tinka Menkes), a blackjack dealer whose world unfolds as a fragmented but hypnotic interplay between repetition and repressed anger.