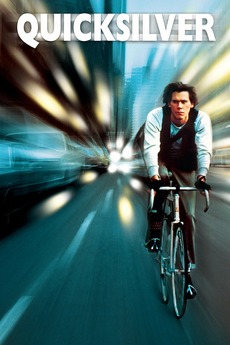 Kevin Bacon is Jack Casey. He traded in his three-piece suit for a ten-speed and the streets.

Jack Casey ('Kevin Bacon' )used to be a hot-shot stock market whiz kid. After a disastrous professional decision, his life in the fast lane is over. He loses his nerve and joins a speed delivery firm which relies on bicycles to avoid traffic jams of San Francisco, is attracted to a fellow bicycler, Terri, and befriends Hector, a budding entrepreneur. Can Jack regain his nerve and his self-respect, and rebuild his life on a more sound basis?