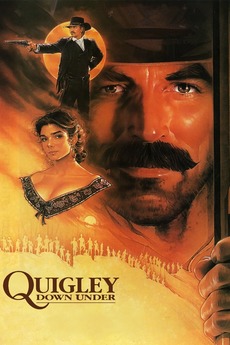 Quigley Down Under
JustWatch

There's a price on his head. A girl on his mind. And a twinkle in his eye.

American Matt Quigley answers Australian land baron Elliott Marston's ad for a sharpshooter to kill the dingoes on his property. But when Quigley finds out that Marston's real target is the aborigines, Quigley hits the road. Now, even American expatriate Crazy Cora can't keep Quigley safe in his cat-and-mouse game with the homicidal Marston.

I'm going to keep adding to this list as I watch and re-watch movies to review them.