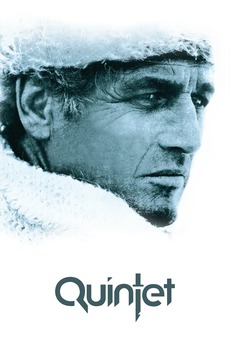 One man against the world.

During a future ice age, dying humanity occupies its remaining time by playing a board game called Quintet. For one small group, this obsession is not enough. They play the game with living pieces, and only the winner survives.

I'm a sucker for films set after an apocalypse so I thought a list might be useful. It is by…