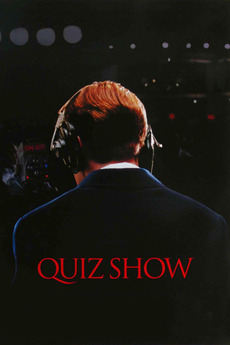 Fifty million people watched but no one saw a thing.

Quiz Show is a 1994 American historical drama film which tells the true story of the Twenty One quiz show scandal of the 1950s.

Biographical dramas are the best thrillers

I *love* this genre. Hit me with all you got.