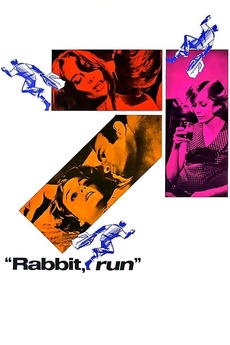 3 months ago Rabbit Angstrom ran out to buy his wife cigarettes. He hasn't come home yet.

Harry "Rabbit" Angstrom comes home one day from his dead-end job to find his pregnant wife Janice asleep, splayed in front of the TV, highball glass in hand. After a moment's contemplation, he decides to leave. Taking his coat and car keys, he's off and running on a rambling, aimless journey.

every film referenced, mentioned, quoted, or in background.

from first season to latest. check the notes for the season and…

Unedited from the Homosexuality in World Cinema encyclopedia.

This is a record of the books themselves, as well as a…