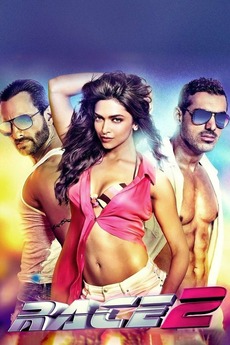 Ranveer Singh (Saif Ali Khan) travels to exotic locales and confronts the Turkish mafia on a mission to avenge the death of his lover Sonia in this action-packed sequel. In the process of seeking her killers, Ranveer crosses Armaan Mallick (John Abraham) and Aleena (Deepika Padukone) -- two of the most feared figures in the Turkish underworld. Meanwhile, Ranveer's loyal friend RD (Anil Kapoor) and his new partner Cherry (Amisha Patel) offer a helping hand in a world where love is cheap and trust is a luxury most agents can't afford.

There are some other lists you might want to check it out: French Films Italian Films Russian Films Spanish Films…