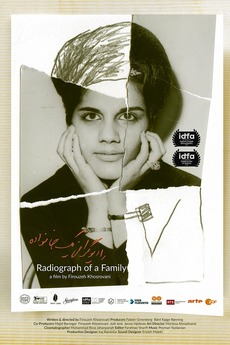 Radiograph of a Family
JustWatch

Radiograph of a Family

"Mother married a photo of Father," says director Firouzeh Khosrovani in the opening of this deeply personal documentary. She's not speaking metaphorically though. Her mother Tayi literally married a portrait of Hossein in Teheran -he was in Switzerland studying radiology and was unable to travel back to his homeland for the wedding. The event illustrates the abyss that still exists in their marriage: Hossein is a secular progressive and Tayi a devout, traditional Muslim.

The Museum of Modern Art and Film at Lincoln Center announce the 50th anniversary edition of New Directors/New Films (ND/NF),…