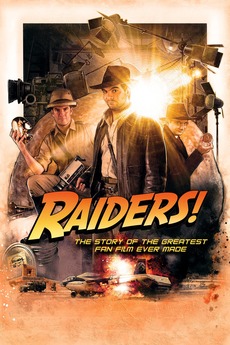 Raiders!: The Story of the Greatest Fan Film…
JustWatch

Raiders!: The Story of the Greatest Fan Film Ever Made

In 1982, three 11 year-olds in Mississippi set out to remake their favorite film: Raiders of the Lost Ark. It took seven turbulent years that tested the limits of their friendship and nearly burned down their mother's house. By the end, they had completed every scene except one... the explosive airplane scene. 30 years later, they attempt to finally realize their childhood dream by building a replica of the 75 foot "Flying Wing" plane from Raiders in a mud pit in the backwoods of Mississippi... and then blow it up! This is the story behind the making of what is known as "the greatest fan film ever made."

Fan films, parodies and rip offs. As many as I could find on Letterboxed. If I'm missing any please comment…