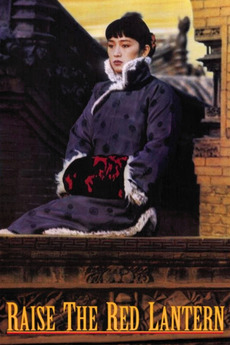 China in the 1920s. After her father's death, 19 year old Songlian is forced to marry the much older lord of a powerful family. With three wives already, each living in a separate house within the great castle, there is fierce competition for his attention and the privileges that are gained. This competition gets out of hand...