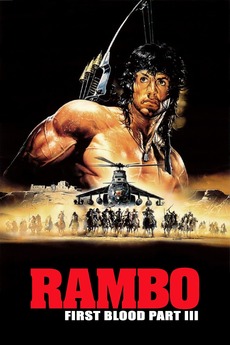 The first was for himself. The second for his country. This time it's to save his friend.

Combat has taken its toll on Rambo, but he's finally begun to find inner peace in a monastery. When Rambo's friend and mentor Col. Trautman asks for his help on a top secret mission to Afghanistan, Rambo declines but must reconsider when Trautman is captured.