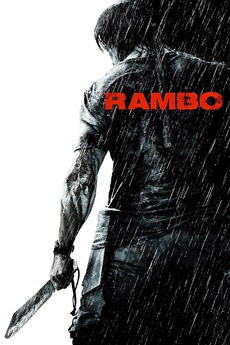 When governments fail to act on behalf of captive missionaries, ex-Green Beret John James Rambo sets aside his peaceful existence along the Salween River in a war-torn region of Thailand to take action. Although he's still haunted by violent memories of his time as a U.S. soldier during the Vietnam War, Rambo can hardly turn his back on the aid workers who so desperately need his help.