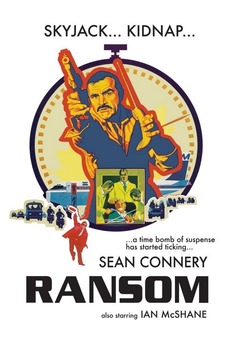 Hijackers. Kidnappers. Killers. Only one man can stop them.

Following a series of bomb attacks in London, a group of terrorists seize Britain's ambassador to Scandinavia. With the ambassador now a hostage in his residence, another group hijacks an airliner at the capital's airport, announcing that the passengers will not be freed until their demands are met. Colonel Nils Tahlvik, Scandinavia's resourceful and ruthless head of security, seeks to take an uncompromising stance against the terrorists yet his attempts meet resistance from unknown forces at every turn...

Like Ozploitation, except British which in the 70's pretty much meant Horror and Sex Comedies, not that I'm complaining.

A few years ago, I started an – admittedly peculiar – habit of only watching airplane-related movies while onboard an…